It did not happen the way you learned in school.

The only reason the Pilgrims found land on which to settle was because the Patuxet people were wiped out by a plague. The only reason the Pilgrim colony survived to bring in that first harvest was due to the patronage and protection of the Wampanoag people. Truly those first Pilgrims had much for which to be thankful; the indigenous people, not so much. Reportedly the reason the Wampanoag showed up at the Pilgrims’ harvest celebration was because they heard gunfire. The Pilgrims were having a celebratory shooting contest, and a war party a hundred-strong showed up to honor their mutual defense agreement. 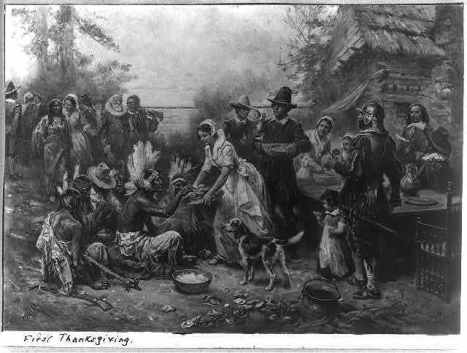 Fast forward a hundred and sixty-eight years and that colony of four dozen people or so had growth into an independent nation of millions, with George Washington as its president. The European, later American, expansion and accompanying wars and plagues had proven catastrophic for the indigenous peoples and their ways of life. Even worse was to follow.

I am not suggesting we should not celebrate Thanksgiving. Far from it! Today I will join my loved ones, recount our many gifts and blessings, and enthusiastically dive into a feast unique to this one day. What I will NOT do talk about pilgrims and Indians. I will be quite aware that for some Americans, Thanksgiving is a day of mourning for lost lives, lost land, and a lost way of life.