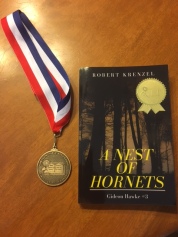 It was an incredible honor to be included among such an amazing group or authors!

In addition to being named a Kansas Notable Book, A Nest of Hornets also won another unique honor this year: it also took second place in the Historical category in Metamorph Publishing’s Summer Indie Book Awards! 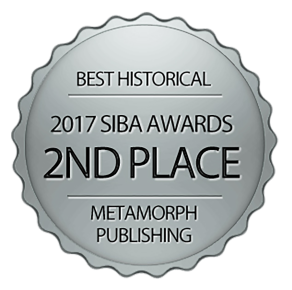 Here’s what all the buzz is about:

Winter, 1777. After the American victories at Trenton and Princeton the British and their Hessian allies have withdrawn to a handful of overcrowded positions in Northeastern New Jersey. In order to feed their men and horses the British must venture into the Jersey countryside to seize supplies. But morale among the Continental troops and Jersey Militia is high, and they will challenge every British foray: one British officer will describe the experience of walking into an American ambush as stumbling into “a nest of hornets.”

Gideon Hawke and Ruth Munroe find themselves right in the middle of this fighting. Not only must they battle the British and Hessians, but it appears that someone in the American camp is feeding information to the British. Will they find the enemy spy before his efforts cost Gideon and his men their lives?

What readers are saying:

“Once again Bob helps us feel like we are in the midst of war, both and off the battlefield. We are shown difficult choices that have to made, strains placed on relationships and the growth forced upon the young hero of this series.”

“… the author engaged my interest throughout this well-written story full of intrigue.”

“…creates a clear picture of the trials and tribulations of warfare of that era. It is exciting to see young Gideon’s skills and leadership grow as the series continues.”

Get a copy here:

Buy now on Barnes and Noble!