We are now 240 years on from the Battle of Saratoga. The clash called Freeman’s Farm took place on September 19th, 1777. The two sides dug in and probed each other until the decisive clashed misleadingly named after Bemis Heights occurred almost three weeks later. Shortly afterwards John Burgoyne would surrender his army, and his once proud name would forever be associated with defeat. (The Americans would even turn it into a verb: getting “Burgoyned” was something you DID NOT want to happen to you) 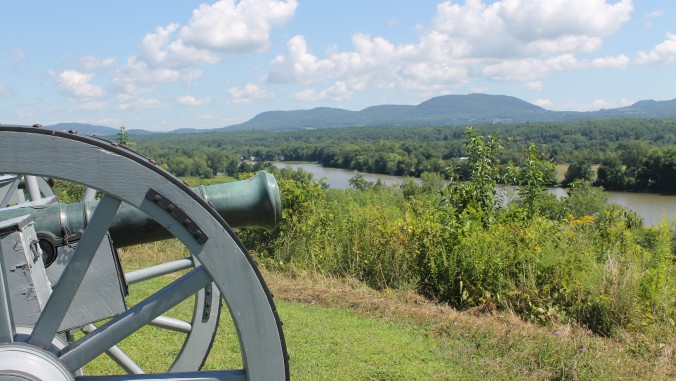 So what? Well, Saratoga was decisive in the way few battles can claim. It more than outweighed the fall of Philadelphia to the British. While the Americans lost their capitol temporarily, the British lost an army of thousands of men for good. Saratoga was the trigger for France to entire the war on the American side, and the family squabble in America became a global war between empires. Ultimately, of course, the Americans and French would “Burgoyne” another British army at Yorktown, and the British would seek peace.

The guns at Saratoga are long since silent. The fields and forests that were once places of battle are now peaceful, even serene. They are excellent places for reflection, and for appreciating the efforts of those on both sides of the family squabble that gave birth to the United States of America.

To read about Saratoga from a participant’s perspective, check out A Constant Thunder.