The other week I had the opportunity to do more on-site historical research: this time at Valley Forge and Monmouth!

As I finish Gideon Hawke #4, A Constant Thunder, I have begun research for the yet-to-be-named Gideon Hawke #5. In this installment, after the Saratoga campaign, Gideon and Ruth will find themselves enduring a cold, wet winter at Valley Forge. The Continental Line will undergo a thorough retraining, and Gideon and his new command will be put their training to the test at Monmouth Courthouse.

With this storyline in mind, I headed to two of the most significant sites in the history of the U.S. Army. Having grown up in the Northeast, I have been to both sites before, but this time I came with a better understanding of what happened there. 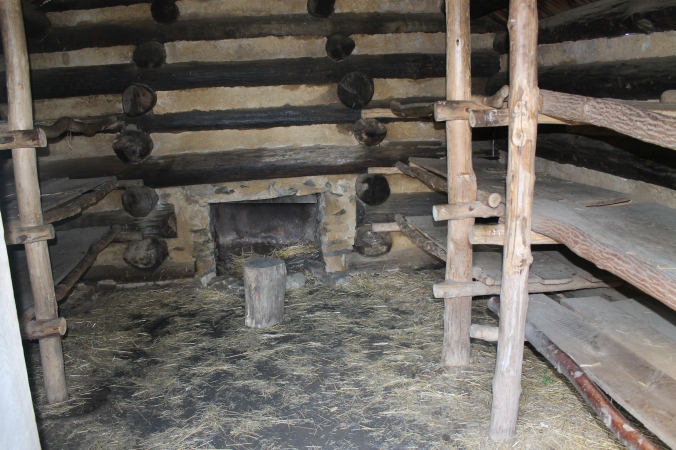 At Valley Forge I looked in detail at a few particular pieces of ground: Washington’s headquarters, the areas where Gideon’s unit was quartered, and the Grand Parade, where the Army drilled endlessly to ready itself to confront the British once again. I was struck by the size of the Grand Parade; I could envision several Continental brigades maneuvering over hill and valley, deploying from column to line, practicing volley fire, and charging with fixed bayonets. I could envision an Army gaining confidence in itself. Valley Forge did not disappoint.

At Monmouth, on the other hand, I was at first a bit frustrated. I knew that significant portions of the actual battlefield had been covered by urban and suburban sprawl, but after having been spoiled with the beautifully preserved National Parks at Saratoga and Valley Forge, I found the Monmouth State park to be quite a mixed bag: useful brochures, well thought-out trails, and restored fences–all blighted by neglected buildings, missing markers, graffiti, and a confusing array of working fields and orchards. Not to be deterred, I walked the ground, with my very patient and understanding family along for the hike. I was encouraged by a few intact markers detailing the archaeological finds on the battlefield; some of these were directly relevant to the plot of Gideon Hawke #5. 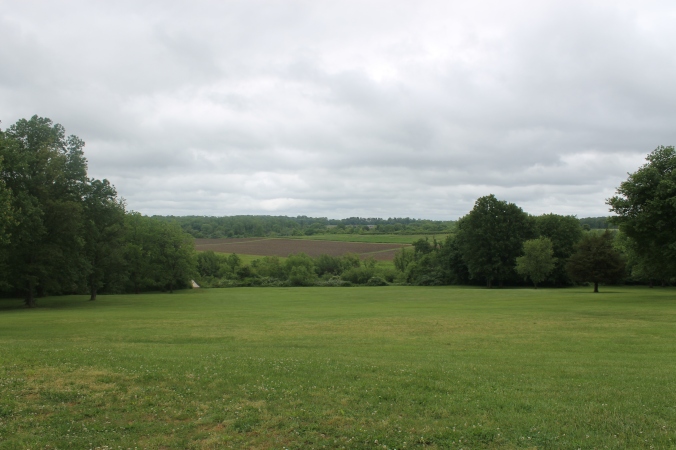 Overlooking the southern portion of the Monmouth Battlefield. On this spot Nathanael Greene posted his division’s guns, enfilading the British gun line near the plowed field in the distance.

Finally, our patience was rewarded by what was to me one of the highlights of the trip: tracing the route of the light infantry counterattack at the close of the battle, when Washington launched a few battalions of “picked men” along the Spotswood North Brook in a move against the British right flank. I was able to scramble up the bank and emerge from the woods, envisioning the Continental troops deploying on line, and a battalion of Royal Highlanders forming up and wheeling right to meet them. I could also see the ridge where the American guns were posted, and could envision American grapeshot skimming through the field and skipping across the ground into the British ranks. (Archaeologists have recovered a good deal of that fired grapeshot, confirming the British positions) Then we were able to walk along the line where the Americans marched in parade-ground formation, closed the distance to the Highlanders, and finally traded volleys with their foes in the open field. As we stood there, I could imagine the Continental troops’ elation when the British quit the field, grudgingly rewarding the Americans’ skill, discipline, and valor. 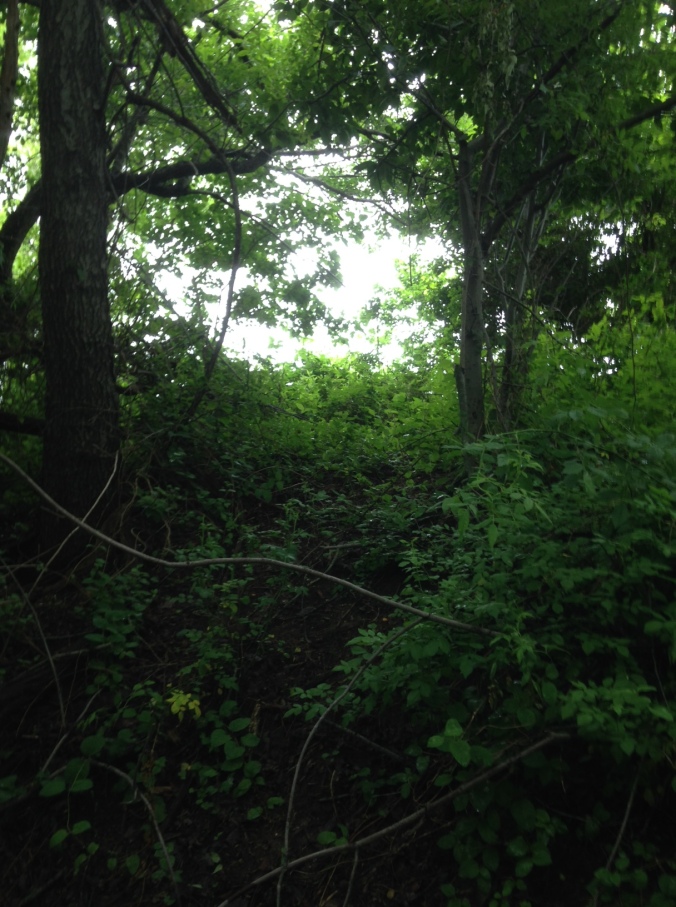 Emerging from Spotswood North Brook: on June 28th, 1778, climbing up the ravine and stepping into the light would have put you within musket shot of the British right flank.

For an author of historical fiction, it was a remarkable experience; one which will heavily influence my fifth novel. For an American combat veteran, visiting the battlefield on Memorial Day, it was a humbling reminder of the grit, determination, and sacrifice of all those who stayed on in the ranks of the Continental Army and learned to beat the British at their own game. It also reminded me of the soldiers I have known who continued that tradition, and gave the last full measure of devotion.

After Valley Forge and Monmouth, the War for American Independence changed for good: no longer was it simply a contest of weak trying to survive against strong. The Continental Army had come of age, and with France and Spain going to war against Great Britain, it became a global war that threatened the very existence of the British Empire. The British soldiers would continue to despise their American foes, but on several occasions after Monmouth, British hubris would be severely punished at the point of American bayonets. The war would grind on for years, and the British Empire would survive, but ultimately it would do so without its thirteen erstwhile colonies.

So, ultimately, my visits to Valley Forge and Monmouth were successful. It cost us several pairs of soggy shoes, a couple of bug bites, and a few poison ivy rashes, but Gideon Hawke #5 will be the richer for it; and so will my children’s understanding of their heritage.