Some writers might find it counterintuitive to plug other writers’ work, but for me it is only fitting. Rick Atkinson is a best-selling author and has won the Pulitzer Prize for both Journalism and History. I have had the pleasure of interacting with Mr. Atkinson on two occasions, and both were rewarding.

The first was around 2005. He was speaking to my class at the Army Staff College, and I had the honor of introducing him. We chatted only briefly, but I found him to be knowledgeable, articulate, and personable.

More significantly, perhaps, about ten years later when I was struggling through publication of my first novel, This Glorious Cause, it occurred to me to reach out to Rick Atkinson for advice. I thought it a long shot, but to my surprise and delight, he responded to my email very quickly, and was immensely supportive. His support had such an impact on me that I vowed to pay it forward. I have, in fact, been able to offer at least a little bit of advice to several aspiring authors, ranging in age from teenager to sixty-something.
When I contacted Mr. Atkinson, he had begun work on a trilogy about the American Revolution. That trilogy has finally come to fruition! The British are Coming is available for pre-order!

With his Liberation Trilogy, Rick Atkinson shone a new light on the Second World War. I cannot wait to see what he has done with the American War of Independence. If you enjoy the Gideon Hawke Series and want to learn more about the Revolution, I can think of no better place to start.

There is a new anthology collection coming out…initially available for pre-order…of emerging Kansas writers. Guess who is one of the featured authors. (One hint: ME!)

Kansas’s Emerging Writers: An Anthology is the latest in Z Publishing House’s series of “sampler platters” of writers and genres, designed to help readers find new authors. This edition includes a short story of mine that started life as the Prologue to A Nest of Hornets;  I cut the Prologue from the book, but it has soldiered on and has finally found its way into print. With you will incredible works by some amazing new authors.

Click below to check out this fascinating collection of short stories.

The events that unfolded after the tragedy at the Marjory Stoneman Douglas High School have been truly fascinating: the survivors of this shooting responded to tragedy by making their voices heard. It was amazing to watch these teenage students use their unwanted fame to jump start a political movement. They have had an impact across the country, if not the world. They have challenged norms and brought a new focus to the debate about gun control.

Sadly, we have also seen these young people harassed, threatened, and demeaned. A few such incidents stand out. Internet trolls accused some of them of being “crisis actors.” Some have dismissed them as the “Tide Pod” generation: somehow the weird internet fad of biting into laundry pods diminishes the legitimacy of the survivors’ voices. Just recently, Senator Marco Rubio lamented the “arrogance” we handed down to this next generation (apparently daring to question the senator’s allegiance to the NRA makes one arrogant).

It is not my intent to wade into the gun control debate, but rather to reflect on the importance of these young people who are making us all sit up and take notice.

I write historical fiction. My protagonist, his significant other, and much of the supporting cast of the Gideon Hawke Series, are teenagers. When, in A Glorious Cause, I introduced sixteen year old Gideon Hawke, and followed his adventures as he took up arms in rebellion, none of my readers protested that he was two young to fight for his freedom. I think that was partly because the story was believable, but more importantly because IT ACTUALLY HAPPENED.

When one reads accounts of the American Revolution, one is struck by the youth of many of the actors. Many of the foot soldiers were in their teens. While the Continental Army preferred the “men” toting muskets to be at least fifteen or sixteen, it accepted drummers as young as twelve or thirteen; some probably lied about their age to get in early. Many of the junior leaders were in their teens or early twenties. For example, Alexander Hamilton was only twenty in 1775 when he led New York volunteers in the capture of British guns at the Battery on Manhattan. Henry Knox was only twenty-six when he assumed command of Washington’s artillery.  The bottom line: the American Revolution was a young person’s war. It was young people who were the enforcers of the Declaration of Independence: they are the ones who fought for “Life, Liberty, and the Pursuit of Happiness.”

It has been the same in all of our wars since. Fortunately by the Twentieth Century we got away from enlisting below the age of eighteen; in World War II the average age was twenty-six. In Vietnam it dropped again (there is debate as to whether the average age was nineteen or twenty-two). Nevertheless, fighting for freedom remained a young person’s activity.

Now, in the Twenty-First Century, we shield our children from the horrors of war. For nearly seventeen years we have been sending nineteen and twenty-year-olds to Afghanistan and Iraq—I had the incredible privilege of leading a few of them—but we keep our children out of the combat zone.

Until the combat zone comes to their school. When that happened in Florida, our children took action.

It was young people who gave legitimacy to the Declaration of Independence: when the British tried to crush the fledgling United States of America, the young people made their voices heard through the barrels of their muskets. Today the fight is different. These young people are, like their forebears, fighting for Life, Liberty, and the Pursuit of Happiness. The tools are different, but the spirit is the same. Do not discount them.

In the Eighteenth Century they ground down the most powerful military in the world for eight years until they secured Independence. In the Twenty-First Century they have their sights set on a safer, more peaceful future. And they have only just begun to fight. Gideon Hawke would be proud of them.

A Constant Thunder is now available on Amazon! 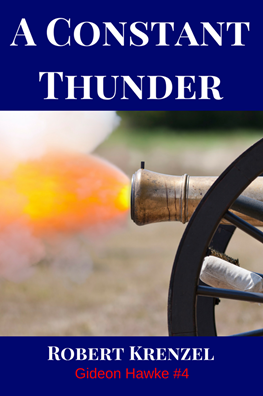 My fourth novel, A Constant Thunder, will be released on Saturday, September 16th, 2017 (just in time for the 240th Anniversary of the Battle of Freeman’s Farm on September 19th).

Why not join me at a Facebook Release Party on September 16th? From 4:00 to 8:00 PM (that’s 1600 to 2000) US Central Daylight Time, three featured authors and I will discuss our work, hold contests, and even do some giveaways. It is a great chance to meet some incredible authors and find out more about their work.

Click the link for details: A Constant Thunder Release Party

A Constant Thunder is now available for Pre-Order on Kindle!

The fourth installment in the Gideon Hawke Series sees Gideon and Ruth travel up the Hudson Valley to confront General John Burgoyne’s “Canadian Army,” to include a contingent of Native American warriors. In some of the most savage fighting of the American War for Independence the Continental Army will try to prevent Burgoyne from cutting the fledgling United States in two. 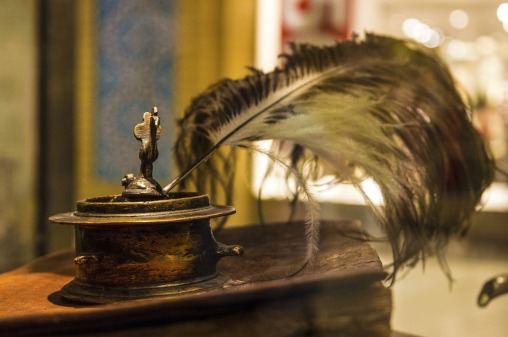 I have initiated an Author newsletter and would love to get more readers signed up!

This is where you can find the latest news about the Gideon Hawke Series, along with some interesting tidbits I have dug up during my research. There will occasionally be giveaways as well!